Bags are one of the most popular accessories for women (and men, too)! Handmade leather bags, probably the most desired and appreciated ones, will give you a unique style: once you fall in love with them, you won’t be able to do without, ever! At any rate, bags are not only accessories that emphasise our looks, but also everyday items. This article will focus on bags which are useful when travelling and will help you choose the best handmade travel leather bags.

The history of this type of bag began a long time ago: believe it or not, originally this accessory was for men only. Notably, men used bags since prehistoric times, as a tool to carry items and money, or something which resembled it.

Despite such an ancient tradition, the use of the name “bag” (in Italian, “borsa”) became common only in the 13th century, when the first leather bags were produced (the word derives from the Greek “byrsa”, which means “leather”).

The first evidence of leather working dates back to the 12th century, in Tuscany. Mainly, craftsmen processed steer and buffalo hides, but the most refined products were obtained from goats, chamois, and calves. The first examples of bags were saddlebags, travel bags typically used by pilgrims and messengers. Meanwhile, in Venice, leather began to be used for various creations, from travel bags to those intended for goods, or also those used for carrying small items or money.

The end of bags and their comeback

In the 1600s, the concept of the bag as a useful accessory for “carrying” things came to an end. In fact, personal items were stored directly inside the clothes, or even in the muff, an accessory that was used both to warm the hands and carry small items.

The return of the “bag”, on the other hand, took place between the end of the 19th and the beginning of the 20th century, when the development of new methods of transportation, and the taste for the exotic, made bags a necessary element for traveling. This is how the first travel leather bags, used by wealthy ladies of the time, were created, as functional, practical, but also aesthetically refined items. World War I would once again change the shape of bags, which inevitably became simple “containers” of sturdy leather, without any added frills.

After the war, the bag struck back: for example, we got the first designer purses. Eventually, especially after World War II, the need for social events and a personal style become more and more important, to the point of making the bag a must-have accessory, which has to be carefully chosen.

Handmade travel leather bags made in Rome: which one to choose

There are plenty of handmade leather travel bags, created by many different brands: we are going to give you some tips to help you choose the one that best suits your needs.

Manufactus is a brand that follows ancient traditions and techniques: with several stores and its e-commerce website, it carries on the values of Made in Italy craftsmanship all over the world. Thanks to its unique, refined leather processing, Manufactus is a leading firm in the industry of handmade leather bags, and constantly provides new models to meet the needs and tastes of all its customers.

Among our selection of travel bags, we recommend the following ones:

Manufactus stores are based in Rome, Siena, Venice, and Lecce, but you can also buy our products online! 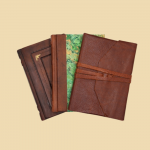 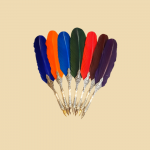